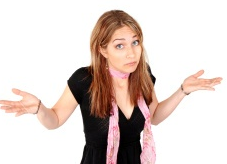 Am I going to make it?

The world continues to spin even after death despite feeling like it has stopped.

Life moves forward even after death despite our want to go back in time or to never take one more step.

Last evening I went to dinner with 2 widows: one who is 3 years out like myself, and one who is 6 months out.  Later in the evening we met up some friends of one of the widows.  In that group there was a man who had lost his youngest son not long ago in a car accident when he was 25.  Towards the end of the night, most of the “grieving” were on one end of the table, reminiscing about our past loves, speaking out about our fears for the present and the future, and expressing a wonder at how we could ever move forward.

On the way home I had an amazing feeling of quiet and comprehension.  A feeling came over me and I knew it was true: life goes on.  It wasn’t as simple as that, though.  After death of someone we love, the feelings are suffocating.  You question whether you are going to survive them, let alone figure out how to feel happiness like you once did.  Everyone “assures” you that you’ll be ok, that life will have happiness and joy again, but I can vouch for the fact that in those first months, even years, none of that is apparent.  There is a hopelessness unlike anything you ever experienced.  And for you support system people, you shiny happy people, we do not believe we will ever be like you again.  This is a real and true feeling.  You cannot fix this with a happy and encouraging cliche.  This is just how it is.

But, at some point, it’s possible.  And I know that because of last night.  The widow that I met last evening who is also 3 years out said she was amazed at the strength she had discovered in herself.  I nodded in agreement.  Many times I felt completely weak and helpless, but there has come many times in the past year where I was able to acknowledge the fact that I had kicked ass and done more than I thought possible.  I didn’t, however, capture the essence of coming full circle.

So, as I was saying, I drove home and that feeling washed over me.  It was happiness and joy.  It was calm.  It was assurance (which has been extremely lacking these days).  Peace.  Healing.  Dare I even say, bliss?  I just knew that I was there.  I am at a point of health in my grieving.  While I believe that no one can be cured of grief, or that any of us can every say we never think about it or deal with anymore, I do believe, after last night, that we can reach a point where everything feels great in spite of our loss.

For years I justified my joy with “it doesn’t mean I don’t wish I could have Kevin back, I do, but…”.  I no longer feel that need to excuse, to justify.  Now, that’s just wrapped up with me.  Just as I don’t say “well, I do love writing despite the fact that I didn’t get into my dream writing school, Northwestern, 10 years ago”.  It doesn’t factor into the immediate conversation anymore.  It’s part of the full package, and right now, it’s wrapped up pretty nicely.

If you’re asking if you’re going to be OK, if you’re going to make it, I say, yes.  It doesn’t feel that way.  And you don’t know what OK is anymore.  Honestly, you don’t really know what anything is anymore.  But know that I am OK.  I made it.  I survived (survival first being waking up every morning, and surviving now being living and thriving).  Everyone has their timeline and I will say that not everyone gets to this point.  And if they do, it may not be at 3+ years.  It might be at 10.  20.  1.  Many factors determine how we turn out.  But, to answer your question?  Yes.

The world continues to spin even after

ShareWhy do words affect me so?  They

ShareBig thanks to Leigh of the York