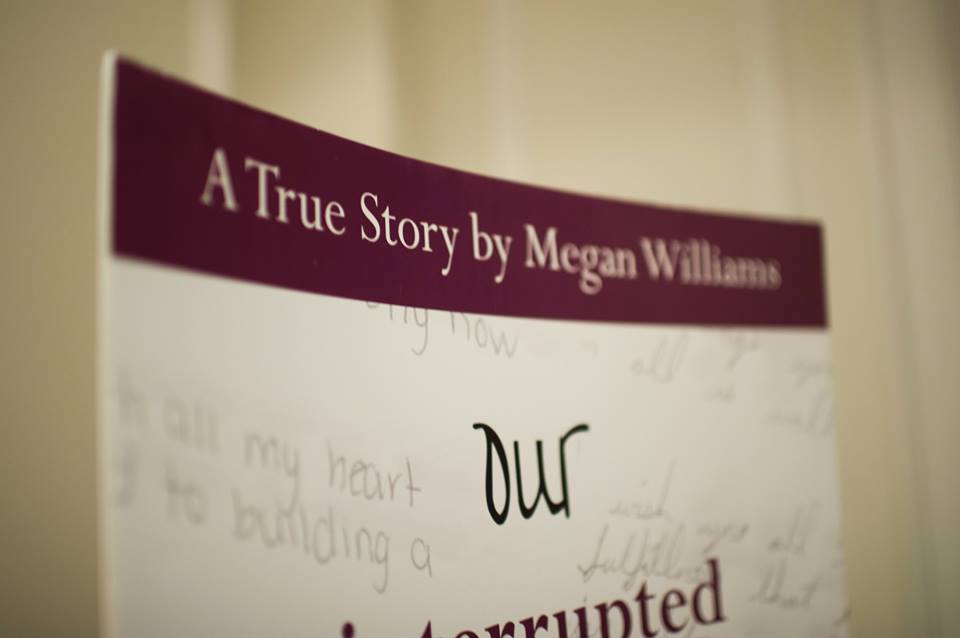 The 8 Hours it Took to Read ‘Our Interrupted Fairy Tale”

Megan wrote this in her blog about meeting me: 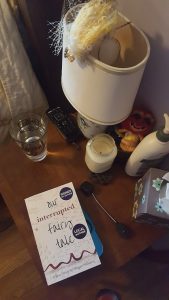 Megan’s book on my nightstand waiting to be read. Next to other important nightstand mementos such as a plush “Animal”.

Before we parted ways, I offered to send her home with a book. Her cat shaped, blue eyes looked at me with the same semi-apologetic expression I would have given her if she would have asked me the same question, “No thanks. I’m not going to read it.”

This was true. For a long while. I’ve really had little interest in reading other friend’s books. As I’ve walked with them in life as they wrote their books, I knew many of their stories and didn’t think I could handle that intimate look into their lives in book form. I had followed several illness blogs before, during, and after Kevin got sick and died and they were all devastating to read at times.

But this winter I challenged myself to read my friends’ books. Over the past 3 months I’ve read these books by my friends:

Life is But a Dream by Garet Spiese

The Last Letter by Susan Pogorzelski

And last, but not least, Our Interrupted Fair Tale by Megan Williams.

First off, all the books above are great-I’ve enjoyed reading each one. Some were not my typical genre, so were a little bit tough for me to get through, but they were all great adventures and inspiring reads. I know a lot of awesome authors and am proud to call them my friends.

But one stopped me in my tracks as I finished the last pages, through ugly tears, just a few minutes ago. I finally read Megan’s book. I was terrified to read it. But I was curious enough about this interesting woman to want to know what has taken her through life. I really wanted to learn more about her and her journey; but since I couldn’t sit down and talk with her for hours, given we live on opposite coasts of North America, I knew I would find her heart and soul in the pages of her book. So ordered it.

Throughout the past 3 days I have read her book (in a record 8-ish hours) I have been snapchatting Megan every time I would finish a few chapters.

“OMW, I can’t believe how similar our stories are.”

“Chad was kind of a jerk in the beginning.”

And now, as I finished reading their story, I am terrified to snap her. Because I know there will be big, ugly tears. Just like the tears that flowed on the day she got married to her new partner-in-life, Brad, and I snapchatted her my well wishes. The joy, the sorrow. The tears. 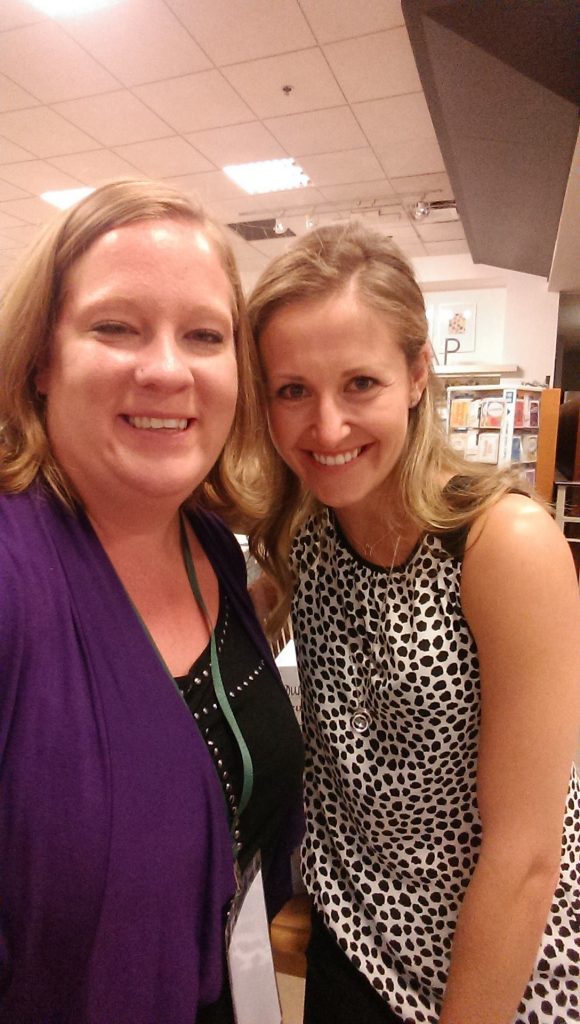 So Megs, here is my letter to you:

I never knew I could read another story like my own. Yet I also had no idea I could read another story that would turn out to be so much like my own. The first half left me humored and curious at your up-and-down and left-and-right love story with Chad. Was he ever going to finally choose you?? I was getting downright pissed at the guy. I felt kind of guilty about that. And those romance scenes-wooeee girl. You did those right. I couldn’t-I was terrified my Mennonite family would FREAK OUT if I wrote about mine, ha!

I know when we first met I was abhorrently blunt with you. In fact, when I took the cab back to my hotel in Toronto after meeting you I kicked myself for being so flippant about not reading your book. But I was speaking at a widow conference, and surrounded by other widow authors and I knew I also wouldn’t read their books. I couldn’t do it. It was all too much. I knew you got it. Obviously you did, because you wrote about it and I like to believe were relieved I said no. I hoped you were anyways.

That last quarter of the book was a bear for me to get through.

The first time you had to call 911 for him because he couldn’t get out of his chair. Just like I had to do with Kevin.

The belly distention and the fact that he couldn’t sleep in bed with you. Those cold, lonely nights hoping to God he wasn’t dying in the other room while you slept alone in your bed. Just like I had to do with Kevin.

The anger and frustration of being a caretaker. Feeling selfish. Feeling angry. Wondering when you could be a couple instead of his caretaker. Just like I had to do with Kevin.

The constant positive talk and mention of a lifetime together and imagining growing old together. That denial. It was necessary. Just like I had to do with Kevin.

The tearful calls to family. Hating to be the one who had to make the call. Just like I had to do with Kevin.

The rushed goodbye. The time when you thought you’d have weeks and would be able to go to the beach one last time. But there wouldn’t be a one last time. Just like I had to do with Kevin.

God girl. My heart broke with you. I felt like I was reading my own words and thoughts as I finished reading your book. And then re-reading what you wrote in the copy you sent to me, “For Brenda – I’ve been trying to figure out how to articulate all the ways our stories are connected…but you already know.”

Now we’re both married to new partners. We both have step-daughters we cherish. We both wrote our books and won awards. We both teach workshops.

Dang girl, you are my left coast other half.

I’m so blessed to have found you on Twitter, to have hugged you in person, to know you and now to have read your story.

I feel closer to you than I did before. I feel inspired by you. I think I understand now why you constantly work to be a more physically fit person. I understand now. You do it for him as much as for yourself. I get it.

I love you. I’m glad to know you Megs.