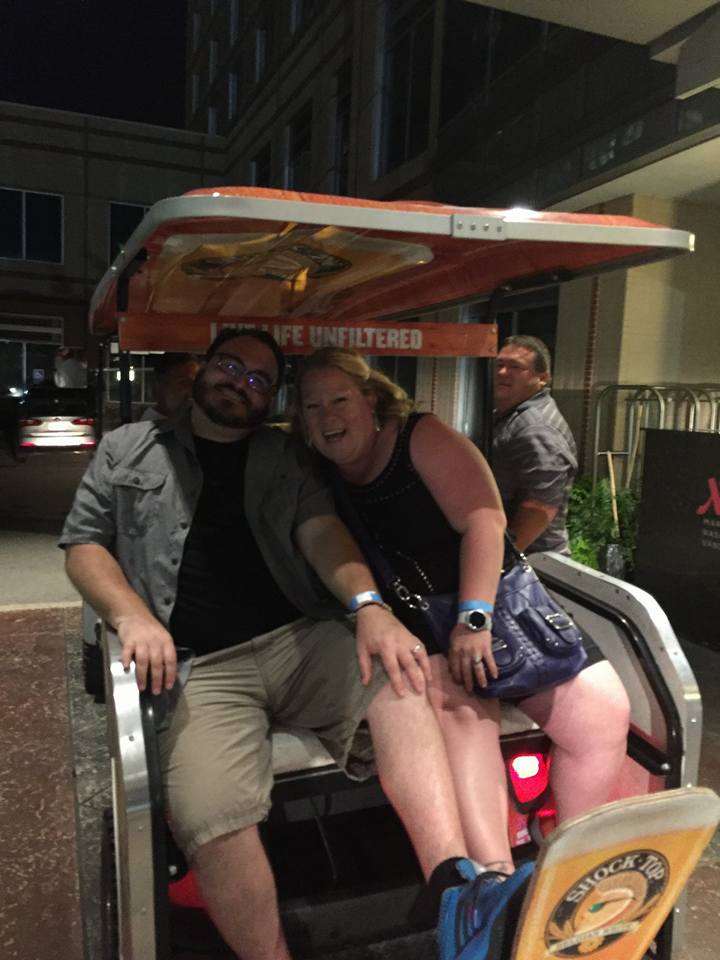 The Back-Up Plan is Bullshit

If you have a good enough back-up plan life won’t hurt as bad.

This is a lie I have told myself so many times.

I spent the first several months of therapy last year trying to convince my therapist, and myself, that my back-up plans made sense. I had back-up plans to my back-up plans to minimize the hurt and pain that may come out when something didn’t go “right” in life. I truly believed it worked. But somehow my depression wasn’t any better and life didn’t seem any easier. But it felt safer having these plans in place.

And I was still left depressed. Angry. Upset. Mourning. I still had to face the pain.

I’m the first one to tell you I’m a control freak. After losing Kevin I kept my car packed for spontaneous escape. I had camping gear and toiletries so that if I wanted to leave in a moment’s notice I could do so and be prepared. It helped me feel safer when traveling on my own but traveling on my own was still very hard.

Making decisions was incredibly difficult for me after losing Kevin and I always had to make extra plans to try and prevent more bad shit from happening. But none of it worked. Unexpected things continued to happen and there was no back-up plan to prevent them. Even if I did have a plan, it didn’t prevent me from feeling badly or experiencing loss again. My dad still got cancer…again. My mom had a cancer scare and had to get surgery right after my brother’s wedding. Two of my grandparents died. I still had to rely on my parents to help me out financially. I still had to ask for help and learn to swallow my pride. I still had to continue mourning. I still had to experience the pain with the joy.

I still believe planning is good. I think it’s stupid to not be a little prepared. But it depends how you go about that preparation and most all, your expectations for having a back-up plan. My expectation was that if I had enough back-up plans I wouldn’t have to go through what I had to go through before. At one point I even thought that if my new husband Dave died I would be OK…because this time we are financially prepared, we are finalizing our wills, and I know what to expect this time. Hah. That’s just plain dumb thinking. No amount of planning is going to make it any easier.

Pain is not escapable. My phrase in the first few years of grief was “I have to feel it to get through it” and that belief should never change. You can’t run from it, you can’t side skirt it. As Kevin’s mother discussed yesterday, “there are no short cuts”.

No back-up plan is going to spare us any pain. It may make the repercussions of grief easier to handle-the logistics of grief. Having a will is smart. Discussing your death and burial wishes with your spouse and loved ones is smart. Pre-paying for your funeral/cremation is smart.

But spending every day actively in your relationship, being present in the now, that’s smarter. That makes sense. That’s the only “back-up plan” that truly matters. Because those are the moments you want to remember most after you lose someone. It’s not the other stuff you really regret. You wonder if it would’ve made life easier, and maybe it would have, but it wouldn’t have prevented the death. It wouldn’t mean you won’t still be here alone and missing that person in your life. Your back-up plan is bullshit. But your love, here and now, isn’t. Your relationships are the most important. Stop planning. Start living.